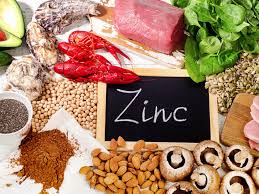 Zinc is an essential mineral that human beings require to function. It is a metal that plays an important role in several body functions such as cell production, controlling enzymes and promoting gut health, and maintaining the male reproductive system amongst other functions. You will see Zinc advertised as a booster of testosterone and it’s even sold as test boosters in kits such as ZMA supplements. But does it work?

Well a few studies have shown (Pubmed study here) that supplementing zinc in athletes such as wrestlers led to increases in testosterone levels. Results have shown Zinc can also lower sex hormone binding globulin (SHBG) which neutralizes testosterone so it promotes more test that way too. But most of these results are effective in either males with low testosterone to begin with or athletes who need every last inch of performance. Will it matter to the average guy? Probably not. Supplementing Zinc won’t be harmful as long as you follow the directions, but don’t expect to see the same results as that of a steroid. Most supplements will recommend around 15mg of Zinc a day, but you can push this to 50mg safely.

What if you just want to eat a bunch? You can but you are going to have to eat a lot of Zinc rich foods. The highest animal based foods are:

The highest plant based foods are:

So will it boost your testosterone? Maybe depending on where your current test levels are at and what you are trying to achieve. It certainly won’t hurt to try.

Ben is the lead editor at Busylifting.com. His passion for fitness developed at a young age from involvement in sports, and carried on since then. Ben focuses on strength training and is also involved in coaching youth soccer.