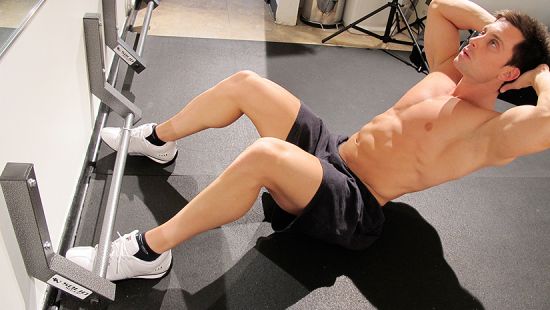 We get a lot of mail on what the best ab workouts are and of course situps come up all the time. Recently we received an email from a reader questionng whether situps are really that effective. Go to any gym and sure enough you’ll run into at least one person that is on a mission to hit 100 situps but the truth is there are much better and more effective excerises for your abs. Right, lets get down to it. 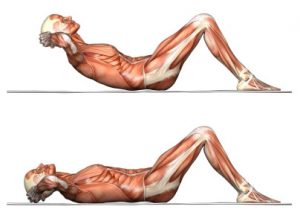 The problem with situps lies in how your core is activated or rather not activated. The core activation in sit-ups is minimal compared to other exercises, and even worse situps place undue stress on the spine. The position your spine ends up at a completed situp actually damages it which is something Dr. Stuart McGill demonstrate using his lab. Basically using pig spines he was able to show that the situp compress squeezes the nucleus on the spine, causing it to hit nerves and that familar back pain people get with them. According to his research, a crunch or traditional sit-up generates at least 3,350 newtons (the equivalent of 340 kg) of compressive force on the spine. The U.S. National Institute for Occupational Safety and Health states that anything above 3,300 newtons is unsafe. You can read up more on his findings in published medical findings.

So what are the alternatives? Do some planks, deadlifts, one-arm farmer walks, and/or oblique twists. All of these will not only activate your core better but also reduce your risk of injury.

What are the most underrated concepts in fitness?

Ben is the lead editor at Busylifting.com. His passion for fitness developed at a young age from involvement in sports, and carried on since then. Ben focuses on strength training and is also involved in coaching youth soccer.

How to Get Rid of Dad Bod